article thanks to Dr Ajay

Why Antibiotics is becoming Useless for Your Health

There is a very big problem in the medical world that needs to be addressed immediately.

It doesn’t have to do with rising health care costs, or overworked doctors…

It has to do with the widespread abuse of prescribing antibiotics for any number of health ailments.

Antibiotics – which are used to treat the nasty bacteria that make us sick – are an important weapon in your doctor’s arsenal for treating infectious bacteria.

However, the World Health Organization (WHO) recently released a report detailing the dangers associated with antibiotic resistance.

And guess what?  It’s not just this country that has the problem – it’s the entire global medical system.

What does this danger pose for you?

The Danger of Antibiotic Resistance
Antibiotics are an interesting group of medications, however, they tend to be over prescribed and toxic. They must be utilized as a last option, not the first. The use of Homeopathy as a possible alternative to Antibiotics would be more favorable, harmless and cost-effective. I hope this piece of writing will provide information on how to avoid unnecessary use of Antibiotics. I have repeatedly experienced in my practice that all types of infections, including the bacterial respond brilliantly to natural and safe Homeopathic remedies, and Antibiotics are not needed for most of the infections. It is in rare cases, when the infection is widespread and the body has lost the strength to recuperate, Antibiotics may be justified in addition to Homeopathy.

Your child is restless all night with a sore throat, cough and fever. You rush your child to the Doctor next morning and the Doctor prescribes an Antibiotic. A few days later, your child is well again. Actually, was it the Antibiotic that helped or did the ailment merely run its course? In another scenario, you have a sinus infection or a bladder infection, and you are prescribed an Antibiotic, after you discontinue the Antibiotic, your symptoms come back, and your Doctor recommends another course of a stronger Antibiotic. Before you recognize, you are taking different Antibiotics for extended periods. Antibiotics are the leading prescribed drugs and have become a major part of the treatment modality in modern medicine today.

An infection transpires from exposure to an infectious agent and from the person's lowered vitality, pathogens are not the cause of any disease, but are a co-factor to disease. An Antibiotic or an Anti-viral drug may remove the pathogen, but will not assist in escalating the person's immune system, thereby, increasing chances of re-infection.

Due to side effects with Antibiotics and Antiviral drugs, most people these days are looking at Natural remedCause of infections: 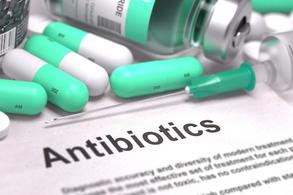 Antibiotics can Mess You Up

and certain life threatening diseases but I am also the first to agree that these drugs are seriously overprescribed and result in a host of side effects.

I so often see kids who are on their 3rd or 4th course of antibiotics for an infection because the previous course has not worked and they are now just plain sick and susceptible to anything going around because their immune systems are weakened . Please see the attached articles – The one proves that one course of antibiotics really causes damage (I am not just saying that for effect) and the other that homeopathy is also proved to be a good alternative to antibiotic treatment.

Doctors are still over-prescribing antibiotics for viral infections or conditions that are not life threatening. PLEASE WATCH this clip that Carte Blanch on Ciprobay – an antibiotic often prescribed with the most horrendous side effects.

Antibiotics Can Be Dangerous