Provings” (or pathogenetic trials, as they are called, today) are the bedrock of homeopathic practice. “Proving” is the traditional term for the testing of a substance on healthy human volunteers to find what symptoms it produces and therefore treats. Today, provings are often called pathogenetic trials.

Homeopathic remedies are drawn from an extensive range of substances. Before use, each substance is tested on the healthy in clinical trials. This reveals the symptoms it will potentially treat in the unwell when prescribed according to the Law of Similars.1

These trials, called ‘provings’, involve safe amounts of the substance being given to healthy human volunteers (provers) for the purpose of producing symptoms. The term “proving” comes from the German word, prufung, which means to “test” or “examine”. Symptoms produced during a proving are then recorded in a homeopathic materia medica (a record of substances and the symptoms they produce) to help homeopaths locate and prescribe that substance for future use. Homeopaths know that if the substance was able to produce a set of symptoms in healthy provers, it will have a curative effect if prescribed for those unwell with similar symptoms.

Head pharmacist, Christophe Merville, offers his view of homeopathy. He answers common skeptics questions and points out homeopathy's ability to be 'powerfully effective' whilst still having limits... 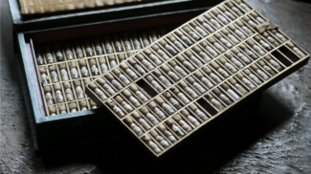 Watch a short interesting video on how remedies are made.

How is a Proving Conducted?
Safe but Effective

Provings test substances on healthy volunteers in safe, sub-molecular doses of the thirtieth centesimal potency.2 Several pilules are given each day until the prover experiences symptoms, at which time the doses are stopped. Because substances are not administered in their crude, chemical form, provers are not poisoned or harmed.3 All symptoms disappear at the completion of a proving. Testing substances in potency also has the advantage that a greater range of symptoms will be produced than if itwas tested in its crude form.4

Provings are conducted on the healthy rather than the sick so that the symptoms recorded during the proving will be from the substance aloneand not the symptoms of a pre-existing illness.

What most people don’t know is that if they continually take a homeopathic remedy when not needed, or more often than needed, they too may experience a proving. Fortunately, any symptoms produced during a proving resolve one the remedy is stopped.

Provings are not conducted on animals. Apart from ethical concerns, animals cannot provide accurate information on the symptoms they are experiencing. They also have a different physiology to humans and reactin different ways. For example, the venom of a funnel-web spider can kill a human but has no effect on a cat. Penicillin, on the other hand, is deadly to guinea pigs. Provings on animals cannot provide reliable information and are unnecessary.

Moderation at all Times

Provings seek to reduce all influences that may corrupt the raw proving data. For this reason, provers avoid substances that could exert symptom-producing effects during a proving. Their diet consists of nutritious but plain food while stimulants such as coffee, tea, and alcohol are excluded. The prover also has to avoid activities that could have a stimulating effect or trigger emotional reactions.

Provings have been conducted for over 200 years but with the increase of scientific rigour, more recent ones have been conducted “double-blind” and with a placebo control. This means that both provers and supervisors involved in the proving do not know what is being tested, or, who is receiving placebo and who is receiving the potentised substance. Such measures help to reduce “observer bias” that could influence the reporting or recording of symptoms.

Provings are conducted on both male and female provers to draw out the full range of effects. For instance, along with its other symptoms, Lilium tigrinum (potentised Tiger Lily) can produce ovarian pain and menstrual irregularities, symptoms that would have been lost if the remedy had only been tested on males.

When symptoms appear, the prover tests them against a range of variables called “modalities”. Modalities are conditions that modify a symptom, making it better or worse. The prover checks what effect activities such as lying down, sitting, standing, temperature changes, motion, eating, drinking, touch, times of the day, and so on, have on the symptom.

A supervisor is allocated to each prover. While the prover has the responsibility of recording each symptom in his or her own words, the supervisor’s role is to review the symptoms on a daily basis with the prover to clarify descriptions or to elicit missing information such as modalities. All symptoms are recorded in a journal as raw data without interpretation by the prover and supervisor.

A proving is complete when no new symptoms can be produce from a substance after numerous tests in a number of potencies over a range of constitutions, ages and genders. To date, more than 5,000 substances that have been entered into the homeopathic materia medica, some having been more fully proved than others.

Homeopathy is a holistic system of medicine. When a person is sick, symptoms frequently involve the mental, emotional, and physical areas of their body.

In a similar way, a proving produces symptoms across these same areas. For example, the proving of Bryonia alba (White Bryony or Wild Hop) created the physical symptoms of: pain in joints and muscles and a splitting, bursting headache, both of which were worsened by movement; fever with intense thirst; and a painful, sorethroat. Emotionally, the provers were irritable and wanted to be leftal one. On the mental level, they expressed a continuous desire to “go home” during the delirium of fever.

Since the first proving of this substance in 1816, Bryonia alba has been frequently prescribed with great success for types of influenzas where sufferers have experienced these symptoms. Alternatively, if a flu was to produce the different physical, mental and emotional symptoms of: constant movement to relieve pain in muscles and joints that increases on keeping still; a painful throat on empty swallowing; weeping for no known reason; suspiciousness; and, afever accompanied by increased restlessness, it would respond to the remedy Rhus toxicodendron (Poison Ivy) as these were the symptoms produced during its proving.

Not every prover experiences all of the symptoms of a substance during a proving. Some provers develop many of them while others experience only one to a few. The symptoms experienced by each prover depend on their individual sensitivity, underlying constitution andareas of susceptibility or weakness (topics to be explored in later tutorials). For this reason, substances should have a series of provings over a range of constitutions.

Common Questions
What Sort of Substances Are Used in Provings?

Any substance can be used in a proving. Most remedies are proved fromraw animal, vegetable or mineral matter, but chemicals, processedmaterials and even imponderables (energies that have no mass such asradiation or magnetism) can and have been proved.

Where do Provers Come From?

Most provers are drawn from theranks of homeopathic practitioners and students. Many willingly donatetheir time (and their bodies) to contribute to the knowledge base ofthe profession and to obtain first hand experience of the nature of aremedy they may need to recognise and prescribe for future patients. Inthe process, provers are rewarded by strengthened vitality.

Properly conducted provings do not harm health. In fact, they improve it. The human body is designed to develop strength through the process of overcoming daily challenges to its homeostasis (equilibrium). For example, exposure to a wide variety of food develops strong and healthy digestion, emotional resilience is improved by a variety of stimulating experiences, and the immune system is strengthened by exposure to viruses and infections. In the same way, a proving is a controlled challenge to the homeostasis of the body. The substance being tested creates symptoms according to the prover’s individual weaknesses and temporarily creates a state of imbalance. The vitality or life force of that prover (known as the Vital Force in Homeopathy) reacts to restore balance and return the individual to health. In the process, vitality is strengthened, weaknesses are corrected and the person becomes more resistant to the problem in the future.

This claim of improved health through provings originated with Hahnemann, the founder of Homeopathy, and his life certainly seemed to demonstrate the truth of it. In spite of proving over 100 substances on himself, he lived to the good age of 88 years at a time when this was considered exceptional. Since then, many other Homeopaths have confirmed what he said as they too have added to the homeopathic knowledge of how to relieve suffering through the process of provings.

What are Homeopathic Provings

A Homeopath Answers To Skeptical Critics

HOW REMEDIES ARE MADE

The second principle, that only ‘the minimum dose’ should be employed is based upon the understanding that the stimulus of the medicine works from within the vitality and is not imposed from the outside. Only enough is administered to initiate the healing process, which then carries on, driven by its own internal healing mission. Homeopathic medicines given in minimum doses, while they do stimulate the body’s vital response, do not produce the gross side effects that are so often the pit-fall of conventional treatment. 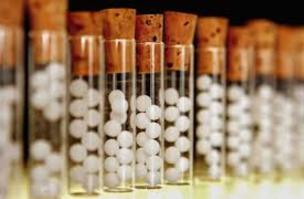 Homeopathy is founded on two principles that have occurred regularly throughout the history of medicine, both in eastern and western worlds.

The first principle of ‘like cures like’ can be looked at in several ways. One way is to assume that the body knows what it is doing and that symptoms are the body’s way of taking action to overcome illness. This healing response is automatic in living organisms; we term it the vital response. The similar medicine acts as a stimulus to the natural vital response, giving it the information it needs to complete its healing work. Since the initial action of the vital response plus the medicine is to increase the strength of the symptoms, this is our first indication of internal healing taking place, of diseases being cured from within – pushed outwards along the established routes of past and present symptoms.